The 2022 season is drawing to a close and some are already thinking about next year. And the preparations for the iXS Dirt Masters Festival are also in full swing. The online registration for the Expoarea is now open. 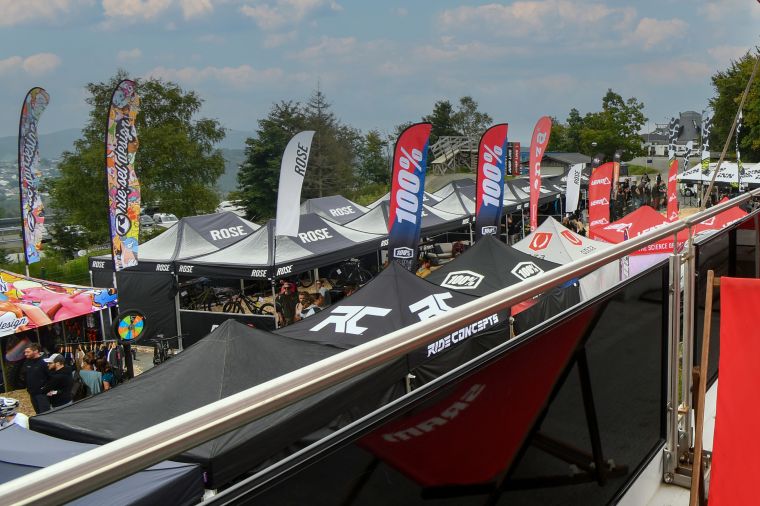 There are actually still eight months to go until the 16th edition of the iXS Dirt Masters, but the organisational preparations are already in full swing. The 2022 edition of the festival in the Bikepark Winterberg was a great spectacle and, after two years of pandemic restrictions, showed that the event has lost none of its appeal. Rather the opposite, because after the orientation of the festival was changed in the recent past before the inevitable break and the focus was put more on sport and a family-friendly programme, the audience has also changed. All age groups are now represented and many guests can be found on bikes themselves.

The exhibitors summed up that the visitors were very knowledgeable and highly interested in the latest products and trends, and that the test offers in particular were in great demand. The mixture of top-class competitions and a packed expo area with more than 100 brands again brought many thousands of interested visitors to Winterberg.

The expansion of the expo area was definitely received positively, after all, you could enter the trail park directly from there for testing. In the coming year, there will be some restructuring to eliminate the infrastructural problems on site. These will also have a positive effect on the expo area environment. It is already apparent that the trend of an increasing number of exhibitors will be maintained. The relevance of the festival continues to grow, even though the iXS Dirt Masters is already one of the most important mountain bike events in Europe.

Registration is now possible online via the website. Due to the change of the festival organisation, there are some changes, which in particular mean an important step towards increased professionalisation.